It’s that time of year again wherein I take a break from the reviews until January. Before I go on my hiatus, I’ll leave you with a list of the live-action Disney films set to hit theaters next year that I plan on reviewing here. Let me know which films you’re looking forward to!

(Keep in mind that these are only the theatrically-released live-action Disney films that are eligible to be reviewed on my blog. Hence, there will be no Star Wars, Marvel Studios, or documentary films listed. I also haven’t decided whether or not to review Disney+ original films yet. Finally, keep in mind that these dates are tentative and subject to change. Enjoy!)

Directed by Niki Caro, this is thankfully the only live-action remake of an animated Disney film that we’re getting in 2020! Like the animated film and the legend it’s based on, Mulan is a girl who disguises herself as a man to take her father’s place in the Imperial Chinese Army when her father is too old to serve. My feelings on live-action remakes of Disney animated films remain the same, but I will say the style of this film does seem distinct.
Starring Liu Yifei, Donnie Yen, Jason Scott Lee, Gong Li, Jet Li, etc.

Directed by Kenneth Branagh, this was my most anticipated live-action Disney film of 2019 before it got postponed until 2020! Based on the book series written by Eoin Colfer, Artemis Fowl is a child genius who seeks to find his father who has mysteriously disappeared.
Starring Ferdia Shaw, Lara McDonnell, Nonso Anozie, Judi Dench, Josh Gad, etc.

Directed by Jaume Collet-Serra, this was another film originally planned for 2019, but postponed until 2020. Based on the Disney parks attraction, a riverboat captain takes a scientist and her brother into a jungle to find the curative Tree of Life.
Starring Dwayne Johnson, Emily Blunt, Jack Whitehall, Édgar Ramírez, Jesse Plemons, Paul Giamatti, etc. 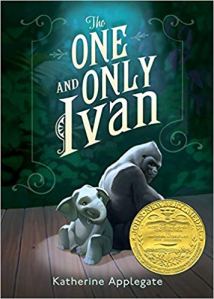 Directed by Thea Sharrock, this animated/live-action film is an adaptation of the children’s novel of the same name. A gorilla named Ivan lives in a cage at the mall and cares for an abused baby elephant.
Starring Bryan Cranston, Ramón Rodríguez, Ariana Greenblatt, and w/the voices of Sam Rockwell, Angelina Jolie, Brooklynn Prince, Danny DeVito, etc.