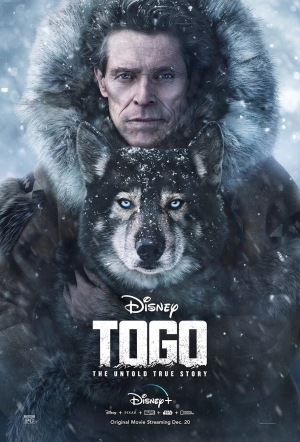 In 1925, a number of mushers along with their dog sled teams were involved in an effort to deliver antitoxins to diphtheria sufferers in the city of Nome, Alaska and the surrounding areas. Many, if not most, of those infected were children. This event became a national news story and one of the dogs named Balto became a national hero. A statue of him was erected in Central Park, New York, and even an animated film based on him was released in 1995.

However, director Ericson Core, tells us in this film about one of the forgotten canine heroes of this adventure: Togo. Is the film worth checking out? Read on to find out!

The film takes place in 1925 and begins with musher, Leonhard Seppala, played by Willem Dafoe, mushing around the Alaskan tundra with his dog sled team, led by the eponymous Togo. When he returns to town, he hears of a diphtheria outbreak in the city of Nome. The town is brainstorming on the best way to get essential medicines over to Nome and they conclude that delivery by dog sled is the best way. At first, Seppala isn’t interested in performing this task, but is eventually convinced to do so. He realizes the importance of the task as does his loving wife, Constance, played by Julianne Nicholson. They disagree a bit when Seppala announces that he’ll take Togo to lead the dog sled team. Constance argues that Togo is so old now and this trek through wintry Alaskan storm conditions could end up killing him. Seppala believes that Togo has it in him and they set out on their journey to procure the medicines.

Around 17 minutes in the film, we get a flashback to Togo’s puppy days and this is one aspect of the film I’m not particularly fond of. The film transitions between the present-day and flashbacks to Togo’s childhood which sometimes throws off the momentum of the film. I’m all for flashbacks, but somehow starting the first one 17 minutes into the film just seems out of nowhere!

Anyway, Togo was born the runt of the litter and a puppy which Seppala was never fond of deeming him too weak and small to be trained as a sled dog. Constance, on the other hand, has a soft heart towards the puppy.

As Togo gets older, Seppala tries to keep him homebound, but he always breaks free. He even tries giving him away twice, but both times Togo returns to Seppala. Eventually, Seppala is convinced to give Togo a chance and trains him as a sled dog. Togo proves to be an amazing sled dog and quickly becomes the leader of the dog sled team and beloved to Seppala.

In present-day, Seppala and his dog sled team face every harshness that the Alaskan winter can provide from below freezing temperatures to stormy blizzards to frozen lakes cracking underneath their feet. They successfully manage to procure the medicines and on their way to deliver them, the town has decided to set up a relay of mushers so that someone would pass Seppala the medicines who would then pass it over to someone else, etc. until it reaches Nome. As Seppala isn’t aware of this decision change, he almost misses receiving the medicines, but thankfully that musher catches up with Seppala in time to inform him.

After having passed the medicines to the next musher, Seppala heads back home all the while dealing with the harsh Alaskan tundra. Constance is super pleased to see him and news of this medicine relay efforts have become national news. One of the dogs named Balto ends up being pushed by the news reporters as the hero of the trek and not Togo.

Seppala doesn’t react to Togo’s snub as he has a bigger problem to deal with: the arduous trek did indeed take its toll on Togo and it seems that Togo may be dying. This is a harsh blow to both Seppala and Constance, but thankfully Togo doesn’t die. He lives out the rest of his days with Seppala eventually dying in 1929, but not before having bred multiple dogs who are sought after by mushers from all around. Although Balto has gotten national fame status, Togo is still a hero in Nome, Alaska.

And that was Togo! It’s honestly more interesting than your average Disney animal film, so I enjoyed it for that. It tells the story of a figure we haven’t heard before and while there were some historical differences (in real life, Seppala showcased disapproval of the Balto/Togo mix-up and Togo didn’t live out the rest of his days with Seppala and was instead given to a fellow musher), most of the story is pretty accurate. I think what the film struggles with is deciding whether to focus on Togo or to focus on the medicine run. It’s supposed to be about Togo, but I honestly felt it would have been more effective had the film ended after the medicine run with an ending title card telling us what happened to Togo during the rest of his days. I also criticize the flashbacks in this film as I’ve mentioned previously.

Willem Dafoe gives a great performance and all the dogs in the film are trained really well as most are professional sled dogs with the main dog portraying Togo being a direct descendant of Togo. There is also some spectacular scenery to gaze upon in this film!

All in all, it’s not a bad film, but it could have been better. 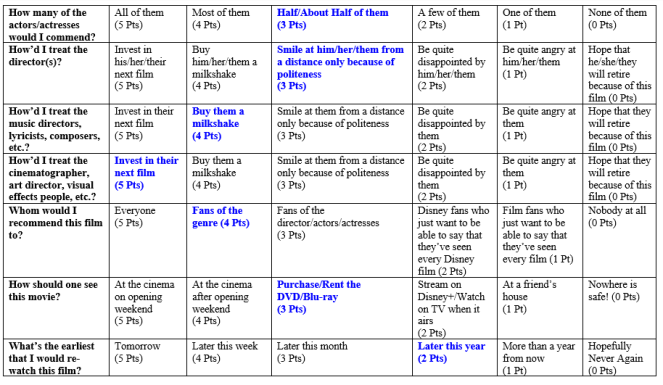