A reverend named Albert Fay Hill passed away in 2014. He was most famously known for creating a citizen’s task force made up of women who helped bring down local gambling dens. He later published a book about it in 1968 and Disney adapted it as a comedy film in 1979.

Today, we are going to be reviewing that very film at the request of long-time follower and fellow blogger friend, Rachel Wagner. Sit back and relax as we take a look at The North Avenue Irregulars!

The movie opens with an animated credits sequence, the type that was popular in Disney films at the time.

We then cut to a small church on North Avenue that is visited by a man and his two children. The man is Reverend Michael Hill, played by Edward Herrmann, who has accepted the reverend position at this church as the previous one retired. He’s new to the area and gets an idea of what he’s in for when the first thing he sees is a bunch of women trying to save a painter from falling off the church roof by using a ladder with the hopes that he’ll climb up it to safety!

After that hullabaloo is solved, he gets the chance to introduce himself to the churchgoing ladies there. Most of them welcome him and are happy to have another reverend back in town. But, he’s also met with feelings of doubt from people as to whether he can replace the old reverend or not. Nevertheless, he tries his best to get to know everyone and be part of the community. One thing he does is that he gives the church’s sinking fun (over $1200) to one of the churchgoers and asks them to find a way build it up. And of course, that churchgoer decides to bet all that money on a horse in a horse race!

It’s too late though as the horse lost the race and the bookie refuses to reimburse the reverend. Eager to do something, Reverend Hill goes to the police station informing them of this gambling den. Later, when they go to raid it, they find that it has become a storage room now.

This is when Reverend Hill realizes how crime is thriving in this town and that they even have influence on the police force. Not long after that incident, Reverend Hill goes on the air telling the townspeople of the reality of the gangsters in their town and that how the town needs to be cleansed of them. The townspeople are happy to hear someone speak the truth, but the Reverend’s church superiors are not and would rather the reverend stick to “church things” instead of political activism.

After his speech, Reverend Hill is met by two men from the Treasury Department, Marv Fogleman and Tom Voories, played by Michael Constantine and Steve Franken, respectively. They applaud Reverend Hill’s bravery to speak up and want his help in closing down all the bookies in town by recruiting men from the church to place bets at these gambling joints. Then, the men would monitor where all the bets would be taken, the “safehouse” or “bank”, so to speak, and then the Treasury Department would attack there thereby bankrupting all the gambling dens!

Reverend Hill agrees to the idea and tries to get the men volunteers that he needs for this job, but to no avail. They’re either scared or just plain uninterested in taking on this responsibility. That’s when Reverend Hill gets an idea: why not get some of the church ladies to take part in this plan?

The Treasury men don’t think the idea will work, but after Reverend Hill explains to them how he couldn’t get any men for the job and that the gangsters wouldn’t really suspect women of being undercover agents while placing bets, Fogleman acquiesces.

This brings us to the five women of the group, the North Avenue Irregulars. These women are the stars of the film and are what make this film! There’s the feminine one, played by Cloris Leachman, the one soon to get married, played by Karen Valentine, the stay-at-home mom with a bunch of kids, played by Barbara Harris, the black one, played by Virginia Capers, and the old feisty one and her husband, played by Patsy Kelly and Douglas Fowley, respectively, in their final theatrical film appearances. None of these have any experience in espionage or gambling, so as you can imagine, their first attempt at trying to surreptitiously place bets doesn’t work out in the beginning.

Fogleman’s patience is tested, but Reverend Hill persuades him to give the ladies another chance. The next day, the women manage to observe a “pass” wherein the proprietors of the gambling dens passed money surreptitiously to a collector who would then drive to the “safehouse” to deposit the money. So, each woman gets into her own car and tries to tail the collector which results in a hilarious car-chase sequence resulting in failure once again.

While it was a failed mission, the collector did happen to notice these women coming in on him from different directions. So, he alerts his boss, the head of the gangsters, a Max Roca, played by Frank Campanella. Mr. Roca decides to give Reverend Hill and his women a warning, so he orders that the North Avenue church be bombed.

This brings Reverend Hill’s morale down as he realizes the danger that he’s getting everybody into. But, when his secretary, Anne Woods, played by Susan Clark, who was always against this mission since the start now says that they must continue the mission, Reverend Hill decides not to give up!

Soon, Ms. Woods joins the other ladies in trying to tail the collector. Meanwhile, Reverend Hill has received word that the North Avenue Church will not be rebuilt and that he’s fired. Luckily, the women manage to find the “safehouse” resulting in a climactic, chaotic finale resulting in the gangsters being brought to justice and the church getting back their money.

This is one of those Disney movies that I never would have seen before hadn’t it been for this blog, and I’m very glad that I did see it! It’s a hilarious comedy with wonderful comedic acting by the entire cast especially the women! The story is an interesting one for a comedic film, but even more interesting when you know that it’s based on true events! If you haven’t seen this film yet, hurry up and check it out! You won’t be disappointed! 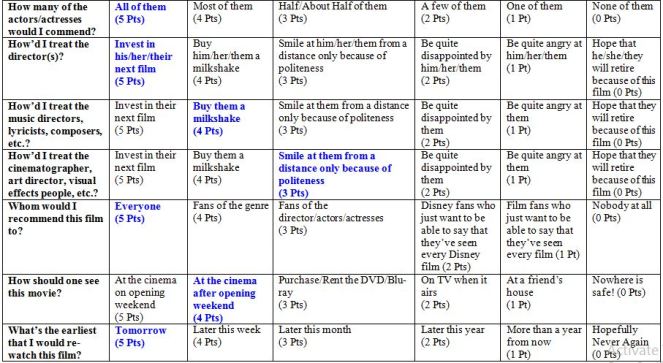 The next review will be posted on June 6th.