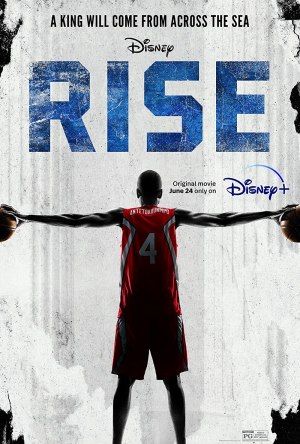 When I had first heard about this film, I didn’t really have much of an opinion on it. I’m not into basketball, so was very unfamiliar with who Giannis Antetokounmpo was. I just figured it would be a biopic about him and his NBA career. But it turned out to be more about him, his family, and his pre-NBA life which was quite inspiring and enjoyable. Here is my review of Rise.

Directed by Akin Omotoso, the film begins in the early ’90s wherein Charles and Vera Adetokunbo, played by Dayo Okeniyi and Yetide Badaki, respectively, leave their home country of Nigeria for a better life. They make a hard sacrifice by leaving their baby boy with his grandmother, not knowing when they’ll see him again. They manage to enter Greece via Turkey without anyone knowing as their passports have been illegally confiscated. Nevertheless, they do their best to begin their life anew.

Charles takes whatever jobs he can while Vera sells sunglasses and the like to tourists at the local market. Eventually they become the parents of four more children, Thanasis, Giannis, Kostas and Alexandros. Due to Greece not having laws that make anyone born there automatically a citizen, Charles and Vera try their best to get the proper documentation for their children even resulting in the spelling of their last name to be changed. 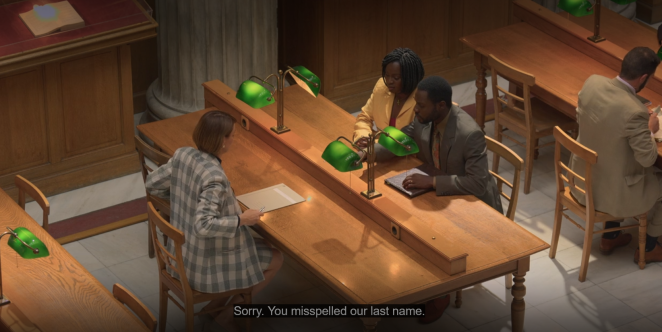 Unfortunately, since they’ve entered the country illegally, they can only get proper documentation if they have a payroll job in a big Catch-22! Nevertheless as the years go by, they continue to work jobs in order to apply for the proper documentation. While not rich, they don’t do too badly for themselves renting a decent home and owning things such as a television set and computer, the latter which they use to video chat with their eldest son, Francis, back in Nigeria.

The boys, especially Giannis and Thanasis, played by Uche Agada and Ral Agada, respectively, end up becoming basketball fans. They play in the nearby court as well as watch NBA games on the television. Eventually they hear of a basketball team at a free youth camp in a city that’s a couple of hours away. They decide to head there after school one day without telling their parents. The coach allows them to play that day, but tells them that they must come back with their parent’s signatures before they can continue playing.

This results in them having to confess to their parents what they did. Charles is angry that they went there without seeking permission from him or their mother. Vera manages to calm him down and they acquiesce allowing the boys to continue playing basketball there.

As they continue to play, their skills get better and better so much so that Thanasis gets a check as an offering from a local Greek basketball team that wants him to play for them. The family is happy, but when they go to cash the check, they discover that it’s been cancelled after the team discovered that Thanasis is illegal.

This puts a downer on everyone, but they continue to do their best to play basketball, work, get proper documentation, etc. while dealing with financial problems including being temporarily locked out of their house after failing to pay their rent to the landlord.

One day, Giannis is noticed by a drafter, Haris Eleftheriou, played by Efthimis Chalkidis, who wants to represent Giannis to get him drafted to an A-level basketball team. Giannis discusses this with his family and they agree to let Haris represent him. Haris doesn’t get much luck with the A-level teams as they’re all anxious about the family’s undocumented status. But he recommends that they try out for the regional and European teams at an upcoming tryout. Giannis agrees to this and performs well so much so as to get an offer from the Zaragoza team in Spain who don’t care that much about the family’s undocumented status. They’re willing to provide a visa for Giannis so he can play there, but he tells Haris that they have to bring his family to Spain as well or else there’s no deal. Haris does his best to negotiate this with Zaragoza.

While they wait to hear back from Haris, they receive a visit from a powerful sports agent, Paco, played by Christos Loulis. Paco had seen Giannis play before but didn’t want to represent him due to his undocumented status. However, now he’s come with 5000 Euros and a promise of getting the entire family Greek passports if Giannis comes along with him to meet a number of Greek basketball teams he has lined up for him. It’s truly an amazing and lucrative offer. However, they decide they cannot betray Haris and all he’s done for them when nobody else would take the chance on Giannis. They decline Paco’s offer much to his shock and anger.

After he leaves, Haris arrives with news that Zaragoza won’t take the entire family to Spain, but he has better news: Giannis will head to the NBA Draft in America! Haris negotiated a deal wherein Giannis will sign with Zaragoza with a clause included allowing any NBA team to draft him if they want him. This deal will allow the family to be together in America if Giannis is drafted. So Giannis flies to New York with Thanasis and Haris. He and his brother are amazed with everything they see there.

They meet with an American agent, Kevin Stefanides, played by Manish Dayal, who works with Haris to get the best deal they can for Giannis. They meet with various NBA teams including the Philadelphia 76ers, Oklahoma City Thunder, and Milwaukee Bucks, but nothing seems a surefire deal. Eventually the day of the Draft arrives with everyone anxiously waiting for the results (including Giannis’ parents back home in Greece watching it on the television). And in a happy ending, the Milwaukee Bucks draft Giannis as their 15th pick!

As the credits roll, we learn that Giannis, Thanasis, and even Kostas end up playing for the NBA while their brother, Alex, plays for a minor basketball league. The family moved to America and were even reunited with their eldest brother, Francis. Charles sadly passed away in 2017.

And that was Rise! This was a nice surprise and a lot better than I expected! This was a film that was inspiring as well as enjoyable. I think making the film about Giannis’ pre-NBA life was a good idea as many people who are children of immigrants (such as myself) can relate to a lot of what he and his brothers went through. The acting by pretty much everyone is really good! Like, I haven’t seen a film where almost everybody played their parts so perfectly in a long time! 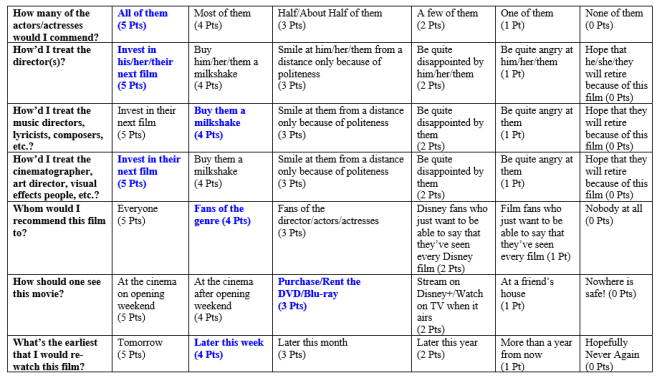