In 19th-century Scotland, a Skye Terrier later known as Greyfriars Bobby, famously spent 14 years guarding his owner’s grave until his own death. A statue of the dog was later erected in his memory and his story became famous throughout Scotland. In 1912, Eleanor Atkinson wrote a novel based on the story and in 1961, Disney released a live-action film based on the book. Is it any good? Read on to find out!

As the movie begins, we’re introduced to the Skye Terrier named Bobby. He’s extremely fond of an old shepherd known as Old Jock, played by Alex Mackenzie. Old Jock eventually is let go from the farm that he works at due to money being scarce and heads into town with Bobby following close behind him.

It’s a particularly rainy night and Old Jock displays signs of illness. His friend, a local restaurant owner named Mr. Traill, played by Laurence Naismith, goes out in search of a doctor. Old Jock refuses to see a doctor, however, and uses Mr. Traill’s absence to take shelter for the night at a run-down inn. Sadly, he passes away overnight and buried in the local kirkyard the next day.

Bobby finds Mr. Traill and leads him towards the kirkyard. Mr. Traill puts two and two together and realizes that Old Jock has died and that Bobby wants to lay at Old Jock’s grave. However, the caretaker of the kirkyard, Mr. Brown, played by Donald Crisp, refuses to let Bobby stay there as there is a strict no-animal policy in the kirkyard.

Much of the film has to do with Bobby sneaking into the kirkyard when he can to lie on his master’s grave. In the daytime, he hangs out at Mr. Traill’s restaurant and is fed. In the nighttime, he sleeps at Mr. Brown’s house after Mr. Brown starts to grow fond of Bobby despite the multiple unsuccessful attempts at shooing him away from the kirkyard.

It’s not long though before the authorities discover Bobby and his lacking of a license. They require that Bobby get a license and that his owner pay for it. Neither Mr. Traill nor Mr. Brown feel like they’re the owner of the dog and insist that the other should pay. The case is then sent to the Lord Provost, played by Andrew Cruickshank, to decide what to do. It ends happily though when the local children of the town collect enough money to pay for Bobby’s license. The Lord Provost sees the love the town has for Bobby and gives Bobby freedom of the city to go wherever he pleases without being owned by anyone.

Mr. Traill and Mr. Brown become good friends after this incident and Bobby continues to lie on Old Jock’s grave whenever he can.

And that was Greyfriars Bobby. Honestly, I’m not fond of the film, but then again, I’m just not fond of these animal-centered Disney films. I also feel the plot drags and that this could have easily been a half-hour television episode rather than an hour and a half feature film! None of the actors are particularly amazing; even the dog is trained serviceable at best. All in all, I just wasn’t impressed with the film. 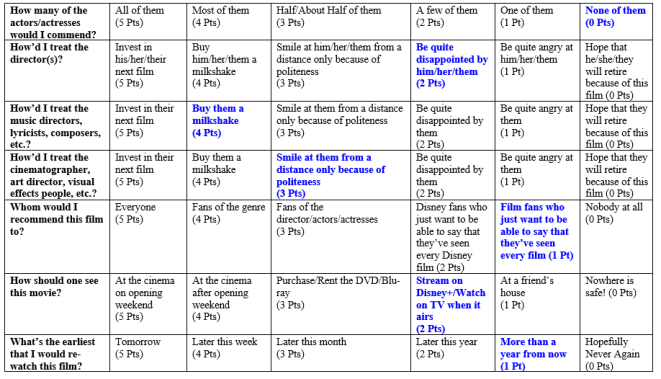