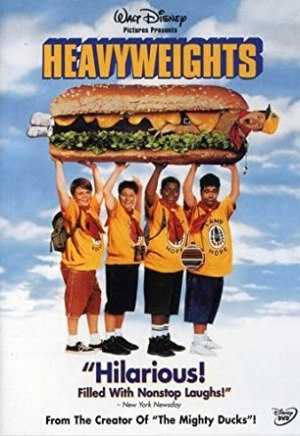 Directed by Steven Brill, today’s film wasn’t a commercial success at the box office, but has since come to be something of a cult classic…apparently. Is this film about a bunch of overweight kids sent to a “fat camp” any good? Read on for my review of Heavyweights!

The film begins on the last day of school as the beginning of summer vacation commences. Young Gerry Garner, played by Aaron Schwartz, is excited to be on summer break, but is one of those kids often picked on for his heavyset size and lack of athletic prowess.

His parents, played by Jeffrey Tambor and Nancy Ringham, decide to send him to Camp Hope, a “fat camp”, where overweight kids go to spend their summers go in order to have fun and effectively lose weight. Gerry is appalled at the thought of going to a “fat camp”, but he has no say in the manner and the next thing he knows, he’s on a plane to said camp.

After the flight lands, he meets all the other Camp Hope boys, many of whom have been going for years, including Roy, played by Kenan Thompson. They’re picked up by Pat Finley, the main worker at the camp, played by Tom McGowan, who’s been attending since he was 10 years old and “graduated” from being an attendee to being a worker at the camp. Seeing how much fun everyone is and how highly they speak of the camp, Gerry starts to think that this may not be so bad after all.

The first night there, a meeting is called with the owners of the camp, Harvey and Alice Bushkin, played by the late Jerry Stiller and Anne Meara, respectively. They’ve owned and run the camp for decades, but they have since gone bankrupt and have sold the camp to a fitness guru, Tony Perkis, played by their real-life son, Ben Stiller.

Everyone realizes the deep trouble they’re in now as Tony is about as opposite from the Bushkins as you can get. While the Bushkins promoted having fun in a way to keep the kids active and healthy, Tony is full-out no-nonsense/drill sergeant about fitness. He bullies the kids, confiscates the candy the boys have snuck in, demoted Pat to mere janitorial work, and overall destroys the boys’ self-esteem and willingness to have fun or lose weight. He even goes as far as to seemingly “dispose” of one of the boys.

Josh, played by Shaun Weiss, eventually reappears explaining to the boys that Tony sent him home without a refund. But Josh’s dad is a lawyer and threatened to sue, resulting in Josh being readmitted into the camp. The boys later break into Tony’s quarters while he’s out on a jog and discover that he’s been confiscating their letters that they’ve been writing home as well as faking advertisements and commercials with fake images of the boys to showcase the camp as a successful fitness camp, which it isn’t.

The boys decide enough is enough and “capture” Tony while on a hike, bound and gag him, and imprison him in a nearby shed.

Meanwhile, Pat has been trying to think of a legal way to get rid of Tony with the help of the camp nurse, Julie, played by Leah Lail, and fellow camp worker, Tim, played by Paul Feig. As you can imagine, they’re appalled when they find out what the kids have done to Tony, but after Tony abuses Pat verbally, Pat leaves him to rot.

Pat then takes control of the camp and has an idea to expose Tony for who he really is. Tony has always had a cameraman around him to film the camp from a positive angle, but Pat uses the cutting room floor footage to create a video for the kids’ parents to watch who have arrived for the annual parents’ visiting day. As you can imagine, they are incredibly shocked!

Tony manages to escape from his jail cell, but after receiving a punch from Gerry’s father and tripping over himself, he knocks himself out. The police are called who arrest Tony and Tony’s father, also played by Ben Stiller, comes to take care of the legal matters. He puts Pat in charge of the camp and everyone lives happily ever after!

Well, actually the movie isn’t over yet. Camp Hope competes in an event called the Apache Relay with a neighboring camp every year and every year, they lose. And of course, this year our heavyweights win!

And that was Heavyweights! The story was good enough to follow and be invested in and the comedy was funny enough to keep you amused. It does go the route of 90s PG-rated comedy movie standards at times and features some language and rude humor. I felt the whole subplot about the Apache Relay was unnecessary and made the film run an extra 10-15 minutes when the film felt like it should have been over already.

The acting by most of the kids were pretty good as well as that of Tom McGowan. Ben Stiller at times felt like he was trying too hard or was just way too weird in the way he was acting. Leah Lail wasn’t so much bad per se, but sadly falls into the fault of not being given enough to do or say by the scriptwriters. Overall, I’m glad I saw the movie and I feel a modern remake can be successful! 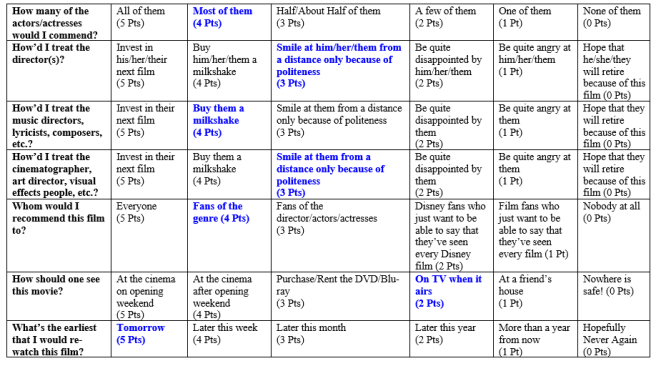