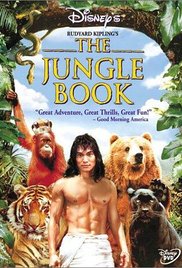 Everyone knows that Disney made a live-action remake of their classic animated film, The Jungle Book, this year. What many seem to forget is that this isn’t the first time that Disney has made a live-action based on Rudyard Kipling’s book. They had done it already in 1994 and we’re gonna take a look at it today at the request of one of my regular readers, oscarstainton. Enjoy!

After the opening credits play,

We see a bunch of British soldiers traveling through India with some of the natives.

The soldiers are led by Colonel Brydon, played by Sam Neill, who also provides narration for the film.

The movie takes place during the late 1800s when the British were ruling India. So, Colonel Brydon not only has authority over his soldiers, but also over the Indians with him. Thankfully, he appears to have a sense of justice and does his best in protecting the Indians as well as the British.

Of these Indians is a young kid of about 5 years old named Mowgli. His mother passed away when he was younger and only has a father.

Everything goes well until a tiger named Shere Khan attacks the British camp one night. You see, some of the British soldiers hunted more animals than they needed from the jungle which infuriated Shere Khan. So, he attacked the camp and killed many of the people there including Mowgli’s father.

What happened to Mowgli? Well, he somehow found himself on a horse-drawn cart during the chaos. The horses got scared during the ruckus and fled into the jungle unknowingly throwing Mowgli off the cart. After Shere Khan is gone, Colonel Brydon and the other people don’t bother going to look for Mowgli assuming him to be dead.

And oddly enough, Mowgli doesn’t really start looking for home. Well, he does try to find his way back to the camp, but when he meets a panther and a wolf pack, he just kinda stays there. Now if Mowgli were younger, I could understand how he could forget where he came from and just stayed in the jungle with the animals. But he’s clearly at least 5 in this version and would still be missing his home and attempt to find it again!

But nope, this Mowgli just stays in the jungle with the wolves and a number of years later becomes Jason Scott Lee. He has lived amongst the jungle animals all these years: a bear he calls Baloo, a panther he calls Bagheera, an orangutan, etc.

One interesting thing about this film adaptation is that none of the animals talk. They’re not really main characters nor do they talk, so it does come off as a bit weird if you’re used to the animated Disney version.

Meanwhile, a British settlement is on the outskirts of the jungle Some girls are actually near the boundary for a sort of scientific field trip and they are told not to cross the bridge into the jungle. But of course, there’s always one person who disobeys the rules and in this cast, it’s Colonel Brydon’s daughter, Kitty, played by Lena Headey.

It’s not long before she bumps into Mowgli. Now, Mowgli kinda remembers Kitty because he had a crush on her when they were younger. But since he’s been in the jungle so long, he can’t speak English or any civilized language to tell her. Obviously, Kitty doesn’t recognize Mowgli and not long after her boyfriend, Captain Boone, played by Cary Elwes, meets up with her. Mistaking their affection for something antagonistic, Mowgli attacks Captain Boone until he’s scared off into the jungle after being shot at by some of Captain Boone’s fellow soldiers.

Mowgli is determined to see Kitty again though, so he heads into the British settlement to try to find her.

He ends up finding Kitty’s residence and breaks into her room. She notices that he’s wearing a bracelet that she had given to him when they were younger and finally recognizes him to be Mowgli. She then later along with a Dr. Plumford try to convince Colonel Brydon to let Mowgli stay and try to teach him civilized ways. At first, Colonel Brydon isn’t too keen on the idea, but eventually relents.

Captain Boone, on the other hand, notices that Mowgli has a bedecked dagger with him: a dagger that he found in the jungle. Captain Boone knows that there is a legendary treasure hidden in the jungle and wants Mowgli to tell him where it is. He surreptitiously tries to torture Mowgli, but that doesn’t work. So he decides to wait until Mowgli is able to speak so that he can be able to talk.

But, this doesn’t end up happening as after Mowgli learns to speak, he realizes that Captain Boone is a man with a dark heart. He hunts animals just for fun which breaks the law of the jungle. The law of the jungle states that you cannot kill something unless you’re eating it for food or it tried to kill you. So, Mowgli tells Captain Boone that he won’t take him to the treasure.

Captain Boone is angry about that, but doesn’t do anything about it now as there’s a party going on later that day. At the party, Colonel Brydon announces Kitty’s engagement to Captain Boone. This hurts Mowgli as he still loves Kitty and this surprises Kitty as she wasn’t asked about this engagement earlier and has started having feelings for Mowgli.

Some of the soldiers laugh at and push Mowgli at the party which causes him to leave civilization and head back into the jungle. Kitty then breaks her engagement with Captain Boone and decides to head back to England.

No, it’s not the end. You see, before Kitty can leave to go to England, she, her father, and some of her father’s men are captured by Captain Boone and some of his friends. They do this knowing that Mowgli will hear about it soon and come to the rescue. This proves right and Mowgli manages to save Colonel Brydon and some of the men. But, Kitty is still a prisoner of Captain Boone’s who is threatening to kill her unless Mowgli shows him where the treasure can be found. Since he wants to save Kitty, Mowgli agrees to lead Captain Boone and his men to the treasure located in some old ruins of a temple.

But justice is served as Captain Boone and his men don’t leave the temple alive as they’re killed one by one! Shere Khan attacks one, a mechanism in the temple kills one, a Kaa-like snake kills one, etc.

Mowgli rescues Kitty and takes her back to civilization. They’re met by her father and some of the men who are grateful to Mowgli for saving them all. The film ends with Mowgli and Kitty sharing a kiss in the jungle making one wonder whether Kitty left civilization to join Mowgli in the jungle or vice-versa or if no happy ending occurred and this was a goodbye kiss.

Whatever the case may be, we say goodbye to The Jungle Book! This film was honestly a bit disappointing. While the story wasn’t terrible, it does ruin things by not having Mowgli grow up in the jungle from babyhood. And since the animals don’t talk and are barely seen, they are not integral to the story which kinda is against the point of The Jungle Book.

The green screen effects are surprisingly bad for the 90s as there are many films from the 50s/60s with better effects! In terms of the acting, Sam Neill and Cary Elwes shine through whilst Jason Scott Lee and Lena Headey are ok at best. John Cleese is disappointing in his role which is not what one expects from a figure such as him.

In the end, you could watch this film if you just want to say that you’ve seen it. Otherwise, it isn’t very good and I’m hoping that the 2016 Disney film is much better! 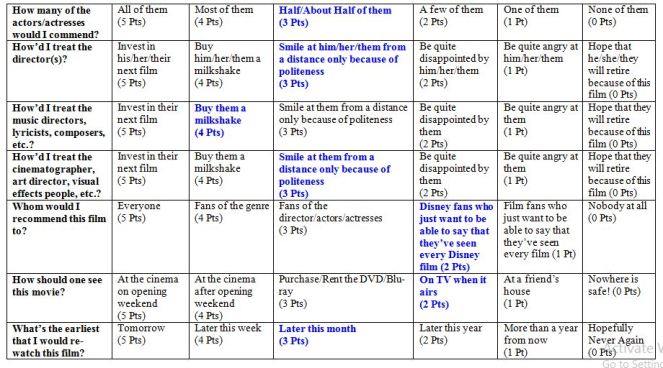 The next review will be posted on September 12th.