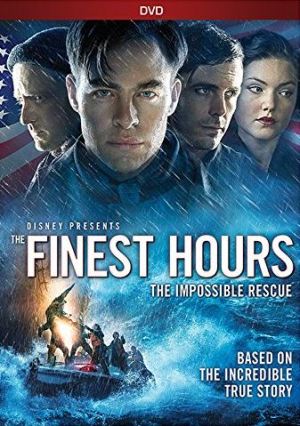 This was a movie that came out last January, but very quietly. Not many people seemed to know about it and as a result, the film flopped at the box office. Many people say that had this film been marketed better, it could have fared better at the box office. Others say that the movie itself was just bad which was why it flopped. What do I say? Let’s find out! Here’s my review of The Finest Hours!

The movie is based on true events in the 1950s and starts off at a diner place where a blind date is going on between the stars of our films. Bernie Webber and Miriam, played by Chris Pine and Holliday Grainger, respectively, are meeting each other for the first time. They’ve been corresponding by other means for a while already, but this is their first meetup. It’s safe to say that they fell in love with each other already, but this face-to-face date has clinched the deal for them both!

It’s not long after that meeting do they decide to get married. Well, it’s Miriam who pops the question, but Bernie is hesitant to say yes. You see, Bernie works for the Coast Guard and knows the dangers of his job. There’s no telling when the last meeting between a husband and a wife could be. He even remembers an event that happened in the previous year or two where he was sent out to rescue some people at sea, but couldn’t rescue all of them. Since then, he’s had that guilt on his conscience and wouldn’t want Miriam to be hurt should anything happen to him.

Miriam, however, doesn’t care about any of that and wants to marry Bernie because she loves him. She also wants him to respectfully ask his boss for permission for the two of them to get married on a particular date. Bernie acquiesces to this and asks his boss, Officer Cluff, played by Eric Bana, the next day.

However, Cluff, doesn’t really care about this as he’s busy with other things. A tanker called the SS Fort Mercer, broke in two pieces during a tempestuous storm in the ocean. So, Cluff is busy sending men to go see what they can do to save the workers trapped on the ship.

Meanwhile ANOTHER tanker known as the SS Pendleton has also broken in two due to the storm about 20 miles away from the SS Fort Mercer. Since most of the Coast Guard men have been sent to the SS Fort Mercer, there aren’t many people left to save the people aboard the SS Pendleton. Cluff assigns Bernie to go with 3 other men to find the SS Pendleton. Bernie however doesn’t have time to tell Miriam about all what’s happening, but Miriam later goes to the Coast Guard office herself and finds out. It’s there where she discovers what being the wife of a Coast Guard man is going to be like.

Meanwhile, the workers aboard the SS Pendleton try to do all they can to buy time before they sink so that they’ll be rescued by someone in time. The one seen as the leader amongst them is an engineer (as the Captain is presumably drowned) named Sybert, played by Casey Affleck.

Most of the crew respects his decisions and ideas to keep them afloat for as long as possible. But, he does have fellow shipmates who disagree with him such as Seaman Brown, played by Michael Raymond-James.

While that’s going on, Bernie and his men have to battle multiple obstacles to find the SS Pendleton including going over some high shoals and navigating without a compass. Fortunately, they soon find the SS Pendleton and try to save as many men as they can. The boat they’ve brought is a small one designed for about 10-12 men whereas there are over 30 men aboard the SS Pendleton that need to be rescued!

Thankfully, they all (well, the ones who survive anyway) manage to fit in the boat and Bernie gets everyone safely back on land. Bernie and his crew have become heroes to the townspeople! This gives Bernie self-confidence enough to get rid of the guilt he had regarding his previous incident. Miriam is glad that Bernie has made it back safely and the two of them get married later, as the movie tells us.

And that was The Finest Hours! And…it’s really a disappointment, I won’t lie. The film is trying to be a disaster film, a thriller that’s supposed to keep the audience in suspense as they watch to see how the victims will be rescued! But, the execution of the film is pretty poor that it just comes off as a boring TV film that shouldn’t be 2 hours long!

We don’t really get time to know any of the characters and none of them are all that interesting anyway. That may be the reason why most of the acting in this film is okay at best. The only good things I can say about this film are that Chris Pine does show some effort in his performance and that some of the cinematography in this film are incredible! There’s one scene in particular where the camera keeps rolling and doesn’t cut as it goes from seaman to seaman aboard the SS Pendleton, starting from the decks and working its way down to the engine room. I thought that was a clever scene and brilliantly shot!

Otherwise, if you decide to watch The Finest Hours, it definitely will not be the finest hours spent of your life! 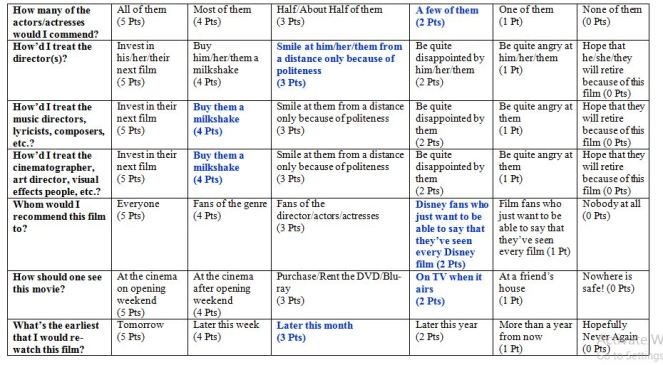 The next review will be posted on August 8th.