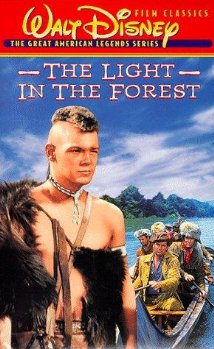 Prejudice, especially that which is due to skin color or religious beliefs, is a dangerous and disgusting societal evil that every generation bears witness to. In recent events, we have witnessed what African Americans in this country go through on a daily basis. The Jews have gone through this for hundreds of years. And since 2001, Muslims like myself, are no stranger to the word, “Islamophobia”.

How do people address the issue of prejudice? Many people use various mediums, including film. The Disney Studios themselves addressed this topic in a film entitled The Light in the Forest. Although dealing with prejudice between white men and the American Indians, the film is extremely relevant in our era and applicable to any one of us.

The film opens up to a meeting during the 1700s between a regiment of the British Army led by Henry Bouquet and a group of Delaware Indians, led by Cuyloga. The meeting is intended to create a peace treaty between the two sides. You see, the British have accused the Delaware Indians of murdering other white men while the Delaware Indians say that some of the white men murdered some of the Conestoga Indians and it was the Conestoga Indians who murdered the white men. So, peace between both parties is sought via the translating skills of a man named Del Hardy, played by Fess Parker.

Anyway, both parties come to an agreement: The white men won’t settle in lands beyond the boundaries that have been set and they won’t kill any Indians unless the Indians attack first. In return, the Delaware Indians will return all the white men that they’ve taken as prisoners of war.

This disappoints many people in Cuyloga’s tribe as many of them have adopted some of the captured white men and women and have taken them to be family. One such person is True Son, played by James MacArthur. He was captured by the Delaware Indians when he was younger and adopted by Cuyloga himself to be his son. Because of this, True Son considers himself to be a Delaware Indian and hates the white men, despite being white himself. But, Cuyloga tells him that he has to go back to the white men to keep up their end of the peace treaty.

As the British regiment march the freed captives (including True Son) back to town, True Son tries multiple times to escape or kill himself before he can reach there. Fortunately, Del Hardy is right there to stop True Son from doing anything rash.

When they reach the town, all the captives are sent back to their original families including True Son who meets his real father and mother for the first time in years. His parents, Harry and Myra Butler, played by Frank Ferguson and Jessica Tandy respectively, are happy to see their son back, but he isn’t. He can’t remember them and is still adamant in thinking bad about white people and that he is an Indian. His parents realize that it’s going to take a while before True Son can change his feelings towards them and discover his own identity. Nevertheless, Myra Butler plans a party for True Son so that he can meet the other folk in their small town.

At the party, True Son sees people who are genuinely nice to him, but also people who show extreme prejudice against the Delaware Indians especially his Uncle Wilse, played by Wendell Corey. Uncle Wilse is a member of a local group called the Paxton Boys who were the group responsible for murdering those Conestoga Indians under the pretext that it was what the Indians deserved. As you can tell, the tension is high between True Son and Uncle Wilse.

As the movie progresses, True Son learns to get used to town life and softens towards his parents, mother especially. He also becomes friends with Del Hardy who has stayed back in town to keep an eye on True Son as well as recruit people to join the British Army. Nevertheless, True Son still encounters prejudice from people like Uncle Wilse who’s trying hard to make True Son’s blood boil and make him admit that he’s white and not Indian.

Uncle Wilse has an indentured servant girl named Shenandoe, played by Carol Lynley. She too doesn’t like True Son, but due to fear, rather than hate. You see, her parents and sister were murdered and scalped by Indians. True Son is angry at this apparent “lie” that Shenandoe is telling claiming that his tribe never murders kids. That’s when we get to an important lesson that the film preaches: it was another Indian tribe that did the deed. Not all Indians are the same and not all should be held accountable for the actions of the few. Only the guilty party is guilty. Don’t generalize. Don’t stereotype.

Once True Son and Shenandoe understand this to a degree, they start to soften towards each other and even begin falling in love with each other. Later on, a dance is planned for True Son ending with a ritual where he bites into a cake, finds a ring, then has to give it to the person he likes the most. So, he gives it to the one he’s become good friends with: Del Hardy.

Del explains that he’s supposed to give it to the girl he likes and True Son gives it to Shenandoe. Then, the custom says he has to kiss her, but he says that Indians don’t kiss which hurts Shenandoe’s feelings. This later leads to an altercation between True Son and a drunk, yet still Indian-hating, Uncle Wilse who tells him to stay away from Shenandoe.

Later one night, two of True Son’s friends from his tribe sneak into town to see him, but one of them is shot dead by a townsfolk. When True Son sees this and is persuaded by his other friend to return to the tribe, True Son agrees and leaves town in the middle of the night. When he returns to his tribe, he thinks that he’s happy, but feels the internal struggle about if he’s an Indian or if he’s embraced his white side.

This is evident when the brother of the Indian who was killed wants revenge and sees some white men rafting down a river near the tribe. He tells True Son to lure the white men towards them so that the Indians could attack them. True Son does this and the white men (seeing that True Son is white) start to come closer and closer. However, before they can reach, True Son realizes that what he’s doing is wrong and tells the white men that it’s a trap and that they need to go back.

This angers his tribe who wants to kill him, but Cuyloga steps in. He says that instead of killing True Son, True Son should have to go back to town and never return.

When True Son returns to town, Uncle Wilse gets into a fistfight with him, a fistfight which True Son wins (which is better than what True Son did in the book upon which this film was based: scalp Uncle Wilse). This gives Uncle Wilse a level of respect for True Son seeing that True Son has embraced his white side, although the prejudiced feelings about Indians are probably still there.

And that was The Light in the Forest. In my mind, this is one of the best films to deal with prejudice mainly because it does so in family-friendly terms that people of all ages can understand and relate to. It teaches that it’s people who do bad things, rather than religions or races. The idea of cultural identity or even biracialism is something that the movie also addresses. For this reason alone, I’d recommend everybody to check out this film.

That’s not to say that the story is the only good thing about the film. The atmosphere of the film is good, the direction is good, and the acting is good. Some people may feel offended that some white people played some of the Indian characters, but they didn’t do it derogatorily, so it doesn’t bother me. Check it out for yourself! 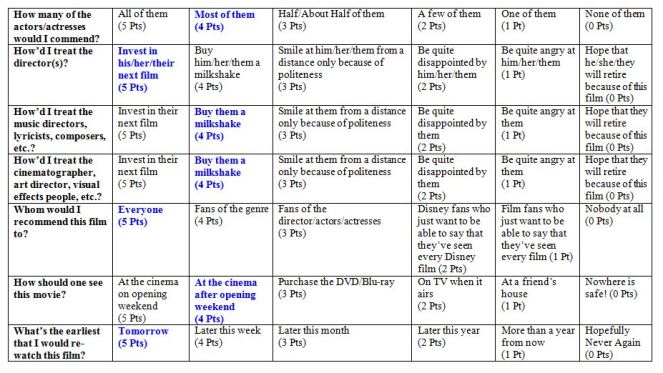 The next review will be posted on June 15th.