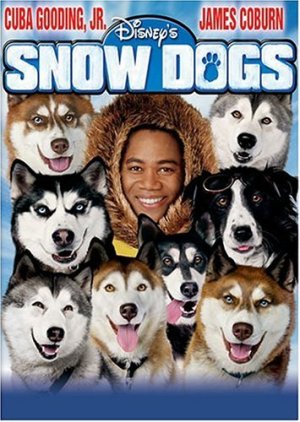 I remember that when this movie came out, it was a pretty big thing. One day, my class was going on a field trip and we chartered a bus that played this movie to keep us occupied. I remember myself not really watching it, so I consider this the first time I’m seeing the film.

So, what was I expecting? Well, I remember seeing scenes with Cuba Gooding, Jr. and some white guy trying to be funny. Other than that, I really didn’t know what else to expect. Before watching the film this time, I realized that it’s directed by Brian Levant, so that automatically got me weary.

Let’s take a look together and see what I thought of this film.

The film opens up with a young Ted Brooks who’s visiting his dad’s dentist office for Career Day. Ted wants to be a dentist just like his dad. Cut to 25 years later where Ted Brooks, played by Cuba Gooding Jr., is doing just that. He’s a dentist with a successful practice in Miami and spends his time enjoying all that can be enjoyed of life including seeing buses with his picture on the sides of them.

His father has since passed away (presumably), but his mother is still alive. Amelia Brooks, played by Nichelle Nichols, loves Ted and regularly visits him at his dentist’s office. Nothing can possibly go wrong, right?

Ok, stuff goes wrong when one day, Ted receives a summons regarding a will of one Lucy Watkins in Tolketna, Alaska. That’s when Mrs. Brooks almost faints and tells her son a truth that she’s kept from him all these years: Ted Brooks was adopted!

Yep, apparently, Ted Brooks’ REAL mother is this Lucy Watkins. Ted, of course, feels betrayed and confused by this truth and decides to go to Tolketna to attend the reading of the will and maybe learn more about Lucy and his real father.

He takes the next flight to Alaska, but then has to take a smaller plane to get to the small town of Tolketna. This plane is piloted by a Tolketna native, George Murphy, played by M. Emmett Walsh. Now besides being a pilot with a frightening way of handling a plane, George doesn’t really do all that much.

Actually, let’s start by talking about all the people in this movie who are supposed to be important (or at least somewhat important), but don’t really do all that much. Besides George, there’s another Tolketna native named Ernie who’s played by Brian Doyle-Murray.

There’s Ted’s adoptive cousin, Rupert Brooks, played by Sisqó. who is also a dentist and works with him in Miami.

There are even these two guys who have potential to be interesting characters!

This movie is just filled with people who don’t really do anything! Heck, even Michael Bolton makes a small cameo!

Sigh…anyway, Ted Brooks makes it to the small town of Tolketna and attends the hearing of the will in a small tavern. He finds out that his deceased mother has left him her house and its possessions. He decides to check them out to see if anything’s worth selling. He ends up finding something (well, eight things) that he didn’t quite expect.

Apparently, Lucy Watkins was a dog-sled racer in the Arctic Challenge that’s held every so often in Tolketna. Not a fan of dogs, Ted is ready to get rid of them when he receives an offer to buy them from another native of Tolketna, Thunder Jack, played by James Coburn.

Thunder Jack is like the stereotypical guy in the town whom everyone respects and fears at the same time. He offers to buy the dogs from Ted at a low price and Ted is almost about to accept the offer when he’s stopped by the local tavern worker, Barb, played by Joanna Bacalso.

Barb explains that Thunder Jack is just trying to get the dogs cheap since he himself is a dog-sled racer and wants them for the upcoming Arctic Challenge. Thunder Jack tells Ted to look him up if he changes his mind about selling the dogs.

Barb develops a fondness for Ted and helps him take care of the dogs for a while. But, Ted is more concerned with finding out who his real father is. After a false lead, Barb tells Ted that his father is a man named James Johnson. Excited to go see him, Ted rushes over and meets his biological father face-to-face.

Ted is happy to find out who his father is, but is angry when he realizes that Thunder Jack knew the truth the whole time. It seems that Thunder Jack didn’t think it good to rake up old history and would rather talk to Ted about buying the dogs from him since Ted has no use for the dogs. This infuriates Ted, so he declines to sell the dogs to Thunder Jack and instead attempts to learn how to mush himself.

At first, “comedy” ensues as the dogs don’t obey Ted, but after some time and help from Barb, Ted manages to get the idea of mushing. Even Thunder Jack warms up to Ted when he witnesses Ted’s attempts at mushing.

After an accident occurs in which Thunder Jack rescues Ted, Thunder Jack decides to tell Ted the truth about his past if Ted will give him the dogs in return. Ted agrees to this. Thunder Jack goes on to explain how he and Lucy Watkins weren’t really friends, but bad weather conditions forced them to spend a night together in a cave and that’s how Ted was conceived.

After that happened, Lucy Watkins went away and Thunder Jack tried to find her, but couldn’t. Apparently, Lucy Watkins just gave Ted up for adoption and that’s how he is where he is today. Disappointed, but accepting of the answer, Ted gives Thunder Jack the dogs and heads back to Miami.

No, that’s not the end. When back in Miami, Ted discovers a hidden photo behind a photo of his mother that he got in Tolketna. The hidden photo shows Thunder Jack at the hospital with Lucy Watkins and baby Ted. This proves that Thunder Jack’s story was a lie!

Ted heads back to Tolketna to confront Thunder Jack, just in time too, as he discovers that Thunder Jack has gone missing during the Arctic Challenge race. Luckily, Ted manages to find Thunder Jack in the same cave in which he was conceived and rescues him.

Thunder Jack then tells the truth of how he and Lucy were together at the hospital and wanted Ted, but neither were “parent-quality”, so they gave Ted up for adoption.

Ted forgives his father and the two manage to start their relationship afresh. The movie ends with Ted marrying Barb, Ted moving to Tolketna and opening a dentist’s office there, and Ted’s cousin Rupert taking over the dentist’s office in Miami.

This movie is just…it’s so stupid! I just can’t imagine how this film made $115 million in the worldwide box office! Were there no other family movies out to watch?!

I mean, the movie is stupid and everyone involved seems to know that it’s stupid. All the actors give performances that just seem to indicate that they’re paying off a newly purchased house or something! Well, James Coburn is probably the only actor who’s actually enjoying his role and attempting to make it a good performance.

But other than that, the story’s just stupid, the humor is stupid, and it’s just a bad movie. Is it offensively bad? No, not at all. It’s a bad movie that knows it’s a bad movie and tries to somewhat make it look like it may not be as bad a movie as you think it is, but fails in that badly…if that makes sense.

I wouldn’t recommend this film to anybody, but I can’t say that you may not enjoy seeing just how stupid this film is! Or if you’re a dog-lover and enjoy “cute” animals on-screen, then maybe you’ll enjoy this too. 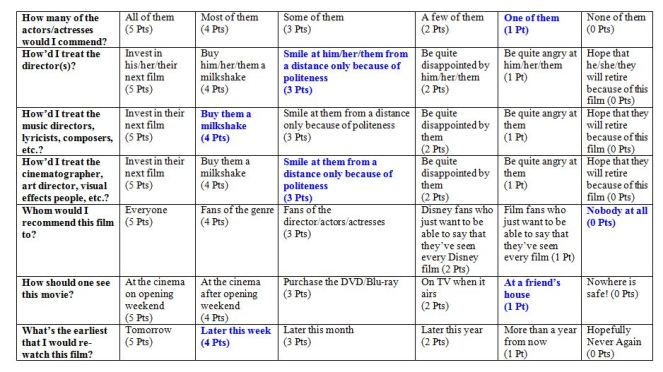 The next review will be posted on April 6th.