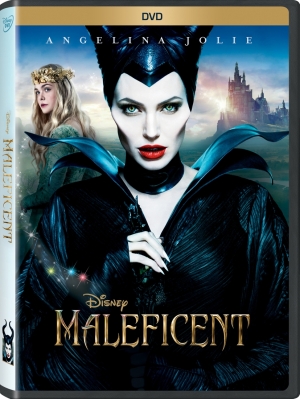 When I reviewed Tim Burton’s Alice in Wonderland, I discussed how Disney was making a plethora of live-action adaptations of their animated classics and I prayed that this one in particular would be good.

So, IS Maleficent any good? Let’s find out!

First off, we see the familiar Disney logo looking…unfamiliar.

A narrator begins telling us that this story is told anew. Basically, if you complain that this movie has nothing whatsoever to do with the story of Disney’s Sleeping Beauty, then you have no right to complain as you’ve been warned that this is the totally different, yet TRUE rendition of what really happened.

Anyway, the premise is that there are two neighboring kingdoms. One is led by evil mankind who cheat, fight, steal, and just do evil things. The other is a place called the Moors which is bright, happy, colorful, and wherein fantastical creatures of all kinds live.

One such creature is a young girl fairy named Maleficent, who’s the kindest, nicest creature you could ever possibly meet.

One day, a young boy from the man kingdom

named Stefan comes to the Moors to steal something, but after Maleficent tells him to give it back, he does so.

He and Maleficent begin talking and through their conversation we learn that they’re both orphans. Whereas Maleficent has wings and flies around happily, Stefan is a poor boy who lives in a barn. Nevertheless, they seem to mesh and the two of them become friends, continue meeting over the years, and end up becoming lovers culminating in a “true love’s kiss” when she turned 16.

But, years pass and Stefan has stopped visiting Maleficent due to falling into the usual temptations and greed of men. Meanwhile, Maleficent, now played by Angelina Jolie has become the protector of the Moors. She protects the Moors from the invading soldiers of the man kingdom by the power of her mighty wings.

The ailing king of the man kingdom makes a proclamation that anyone who kills Maleficent will become the king after his demise. This news intrigues many including Stefan, now played by Sharlto Copley.

Stefan conjures up a plan. He ventures into the Moors where he meets Maleficent and puts on an act of apologizing for not visiting her for years and warns her about the King’s plan. Maleficent forgives him and the two spend a nice quiet evening together. Stefan then offers Maleficent a drink, which happens to be drugged, and she passes out. While she’s unconscious, he tries to stab her, but doesn’t have the courage to do it. Instead, he cuts off her wings and heads back to the kingdom with them to use as “proof” that he’s killed Maleficent. The ailing king believes Stefan and keeps his word making Stefan the next monarch.

When Maleficent regains her consciousness, she realizes what has happened and cries in pain. This act from Stefan fills her with hurt, pain, and above all, rage and hatred towards man…well, mostly against Stefan. Her personality becomes dark as does the atmosphere of the Moors so much so that the creatures of the Moors become afraid of her.

She also manages to save a raven’s life so that it can be her wings to gather information from the nearby kingdom. She makes total use of the raven, Diaval, by transforming him into whatever she needs. Most of the time, Diaval is in the form of a man, played by Sam Riley.

As time passes, King Stefan and his wife (the ailing king’s daughter), get a baby girl. When Maleficent discovers this fact, she crashes the party and the scene plays almost exactly like the scene in Sleeping Beauty.

Basically, Maleficent plants a curse on the girl, Aurora, which states that the girl will prick her finger on a spinning wheel on her 16th birthday and fall into a deep slumber. The only thing to break the spell would be a true love’s kiss (which Maleficent has come to believe doesn’t exist).

After Maleficent departs, King Stefan orders that all spinning wheels to be destroyed and burned and sends the girl to be brought up by the three fairies, who are named Knotgrass, Thistlewit, and Flittle, in this version, for some unknown reason.

The fairies, played by Imelda Staunton, Juno Temple, and Lesley Manville, take baby Aurora to a small cottage in the woods where they hope Maleficent won’t find them. But, Maleficent actually does find their hideout almost as soon as they move in.

As the days pass, Maleficent spends her time watching the cottage and baby Aurora from a distance. And in an ironic twist, she starts to grow fond of baby Aurora. It starts from when Maleficent would surreptitiously feed the baby milk when the three fairies weren’t noticing the baby’s cries. It manifests itself to even having Maleficent save the young toddler Aurora from falling off a cliff when the three fairies are too preoccupied otherwise to notice.

One day, when Aurora’s in her teens,  and played by Elle Fanning, Maleficent surreptitiously brings her into her lair in the Moors. Aurora doesn’t seem frightened of Maleficent and recognizes her as the shadowy figure who’s been in her life every now and then and likens her to a “fairy godmother”.

As they spend time together, Aurora melts Maleficent’s heart and Maleficent even tries to undo the spell, but it’s to no avail as when she cast the spell, she intended it to last forever.

Instead, she tries to protect Aurora by wanting her to stay with her in the Moors. Aurora loves the idea and hurries back to tell her aunties of her relocation plans, but first comes across a young prince named Phillip in the forest. Prince Phillip, played by Brenton Thwaites, and Aurora have a brief chat and are shown to have a liking for each other, but he soon goes on his way.

Aurora then heads to back to her aunties who get upset at her relocation plans and accidentally spill the beans about how she’s the princess and that Maleficent was the one who laid the curse. Aurora is shocked by all of this and heads to the castle to meet her father. King Stefan is somewhat happy to see her, but orders her to be locked in her room as there’s still one day left before for the curse to be carried out.

Once Maleficent finds out that Aurora realizes that she’s the one who put the curse on her, she abducts Prince Phillip by making him unconscious and rushes over to the castle with him and Diaval. Sadly, she arrives too late as Aurora has found her way into the dungeon of the castle where she pricked her finger on a spinning wheel that manifested itself. The castle people soon find her and put her in a bedroom to sleep peacefully.

Nevertheless, Maleficent and Diaval sneak into the castle and she revives Prince Phillip by the door of the sleeping Aurora. He has no recollection how he got there, but is persuaded by the three fairies (who’ve also made their way there) to kiss Aurora in hopes that his kiss will break the spell. Shockingly (or maybe not shockingly), it doesn’t work and the fairies kick him out.

After the fairies leave the room and Maleficent enters surreptitiously. She’s extremely saddened and apologetic for what has happened and kisses Aurora’s forehead. And in the newer Disney way of promoting parental/familial love, Aurora awakens by “true love’s kiss”.

Both she and Maleficent are incredibly happy and patch up their relationship. They then try to escape, but King Stefan’s guards catch wind of them and try to capture Maleficent. They almost succeed, but Maleficent turns Diaval into a dragon

and regains her strength when Aurora finds Maleficent’s torn wings in the castle and reunites her with them. This results in her victory and King Stefan’s death.

The movie ends with peace between the two kingdoms and Aurora living happily in the Moors with Maleficent as her “step-mom” in the TRUE story of what really happened.

And that was Maleficent. Three words: PIECE OF TRASH!

I don’t even know how to begin talking about this movie. Every aspect of the movie is sooo….annoyingly splattered with plotholes, inconsistencies, stupid decisions, understating, etc. I really have NO idea why this movie is so popular! And since this made over $700 billion worldwide, Disney is more persuaded than ever to continue on making these live-action remakes of their animated features! What are the chances that this one will be any good?

But, that’s pretty much the only good thing you can say about this movie. Well, maybe the visuals can look good at times, if you disregard the ugly animation! If you haven’t seen this movie yet, I congratulate you! 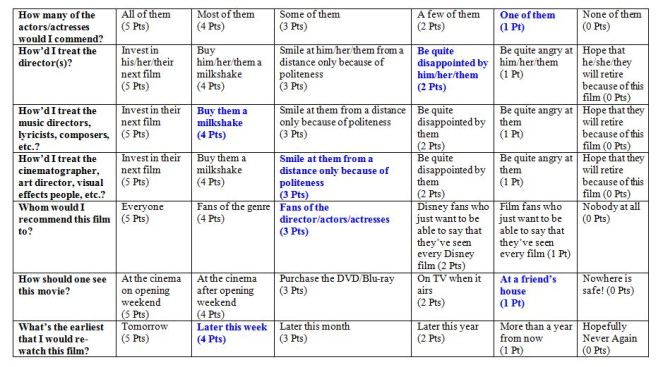 The next review will be posted on December 8th.